Rarely in life do we see light cast into a space unhindered; usually shadows are created by window frames, leaves, or other natural or manufactured objects. On stage, we like to use Gobos (sometimes called templates or patterns) to create texture to either mimic real life, to create an abstract setting, or to drive emotion.

Some intelligent fixtures actually have gobos built in and some even have advanced features that allow us to change how the gobo shows up on stage.

Here we’ll be using a Martin MAC 700 Profile fixture which is on channel 1. If you still have the iris partially closed or have any other settings; set them all to their home values. Then go ahead and take channel 1 to full.

Now that we’re back to a blank slate, scroll over to the Image category. You’ll see a section entitled “Gobo 2” with a a number of images below that section. These are gobos. 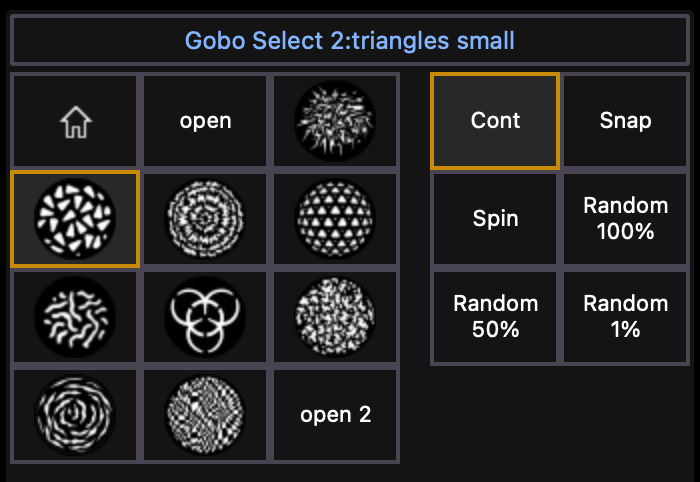 If you click on one, you’ll see a gobo appear in your Augment3d rendering. It’s probably not sharp though; a bit fuzzy and unclear. 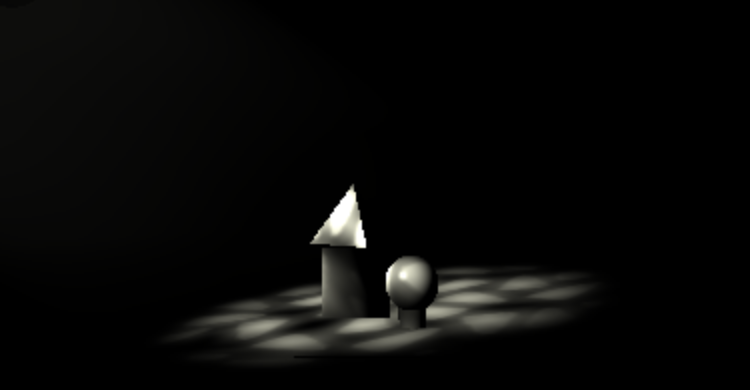 Similar to a conventional light; once a gobo is placed inside the template slot, you’ll need to focus the optics of the fixture to create a sharp image. In a moving light, that is called the “Edge”. So just like we did with the iris; adjust the edge until you find a sharp image. For me, once again, that’s a value around 52. 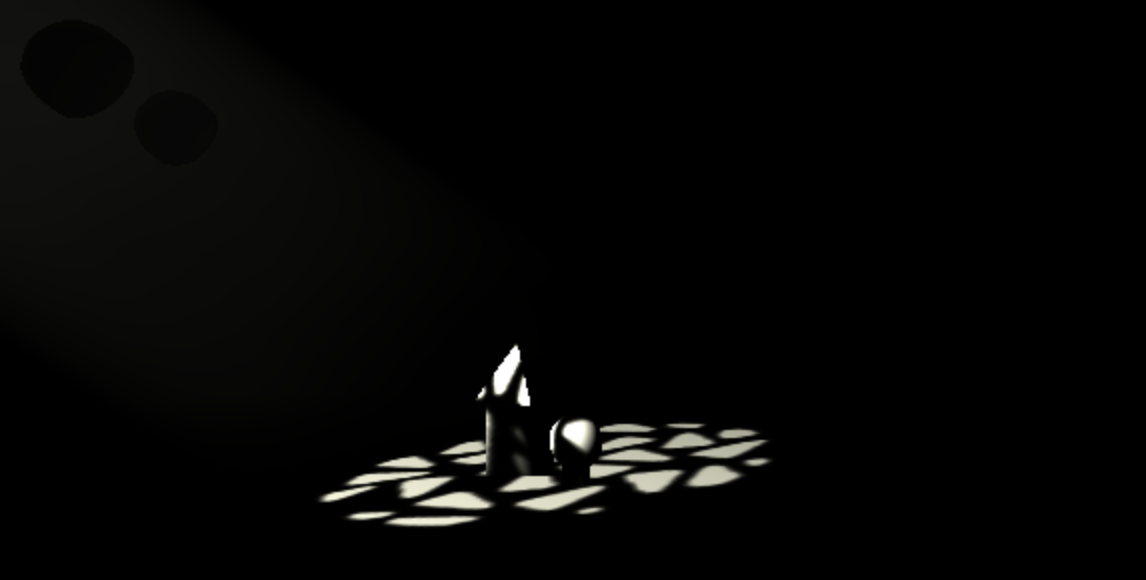 Here you can make an artistic decision. These sharp triangles aren’t organic, they’re modern and abstract. Maybe the fuzzy gobo is what we want as it’s seemingly more like something we would find in real life. Again, this is an artistic decision that is entirely up to you.

Let’s explore more gobos. Returning to the Image category; it’s helpful to notice that the buttons are regularly adjusting a value, causing a wheel or a parameter to snap to a certain number. In the “Gobo 2” parameter, we see this in the “Gobo Select 2” wheel. If you were to scroll up or down on that wheel you would see the values switch from F3 to F3+ or F3-; and in the visualizer you would see the gobos travel from one to the next. 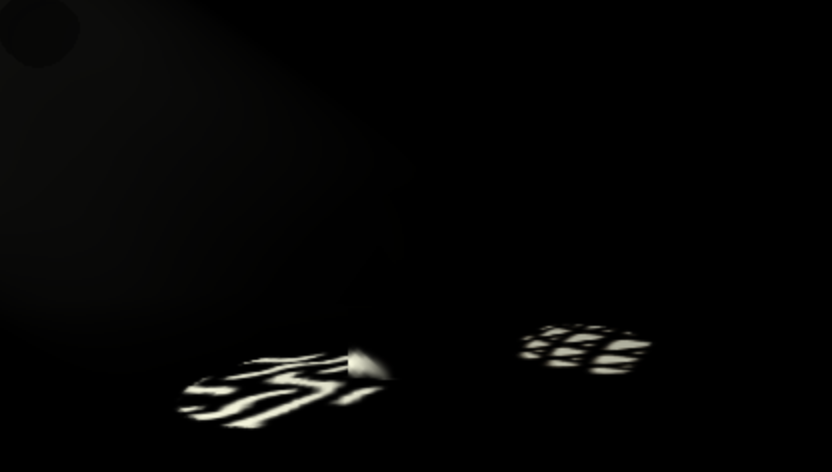 I find that it sometimes helps to demystify fixtures. Inside that MAC700 is a wheel that holds gobos. As you change the value, you’re simply telling the circle how much to turn and when to stop. There are 9 gobos inside the unit and one left as “open”, meaning the line will simply pass through. Here’s what that wheel looks like in real life. 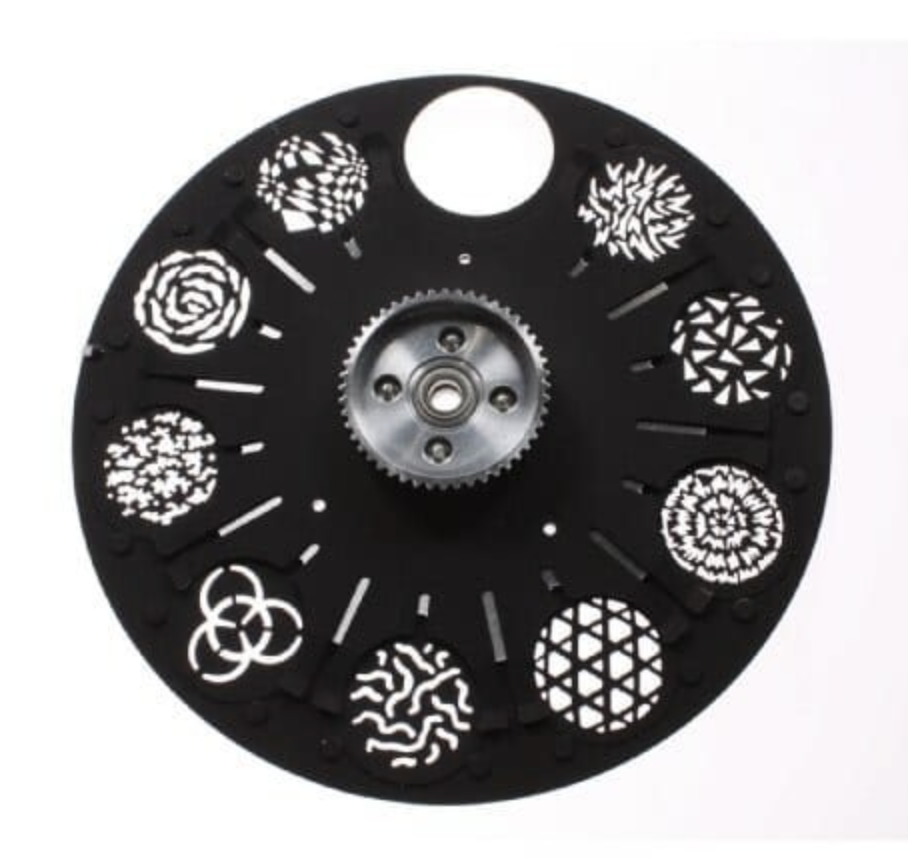 This particular unit actually has two of these gobo wheels; and the second wheel has a few more bells and whistles. So switch back to the “Open” slot, then scroll over the the “Gobo 1” section. Pick a gobo from this section (I’m going to pick the spiral) and then notice the buttons next to the gobo selections. 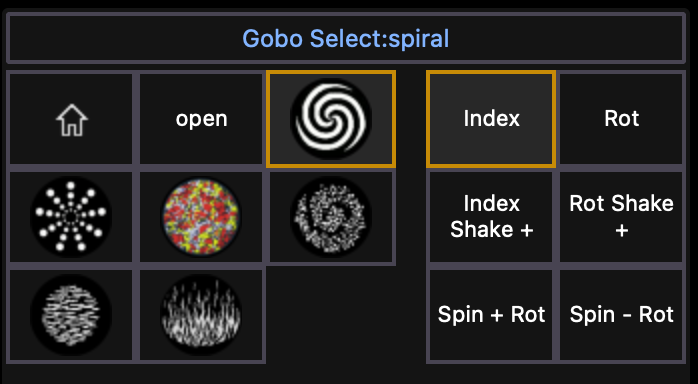 The option of “Index” is currently selected; as opposed to the other options, which I’m sure you can guess, are about rotation. Indexing refers to a static rotation; meaning rotate the gobo to a certain position. This would allow you to select a gobo that has a sense of direction and align it to your stage. That alignment or rotation or indexing can then be controlled using the Index / Rotation-Speed wheel to the left of the gobos.

Or if you now select “Rot” for “Rotation”, the gobo will spin at the speed specified by your wheel. A smaller number is a slower spin. A negative number spins the opposite direction. Fun.

Finally, many profile lights have other features that adjust how the gobos are displayed. A common one is called “Prism”; which is identified by the … pizza slides image … I don’t know what else to call it.

This will pass the light through another device and split the light into three distinct parts. That’s pretty neat, huh? 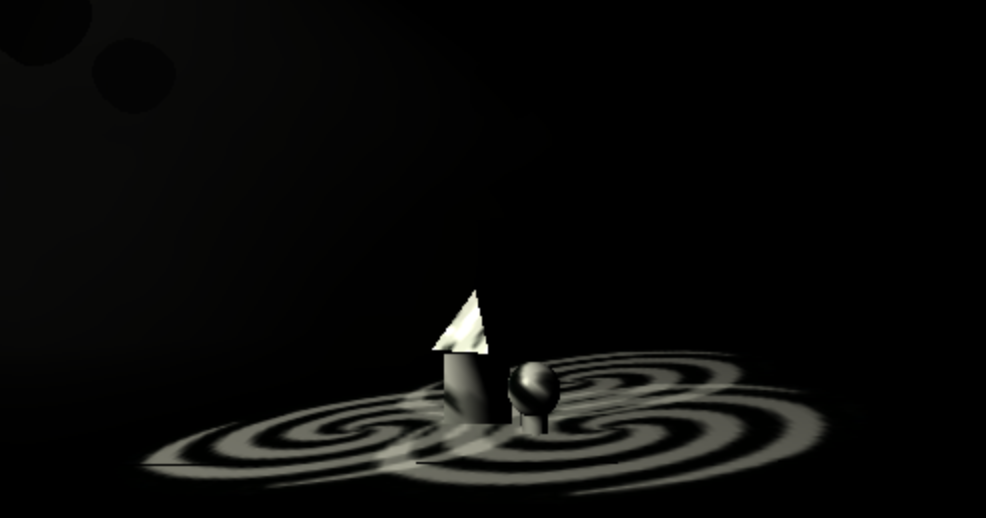 And this is just the beginning of the Form / Beam and Image sections. There are extra animations, rotations, shaking, strobing. Some lights even have mechanical shutters built in that would allow you to cut off a part of the light just like a conventional ellipsoidal.

The features can be dizzying. So let me remind you of two really important lessons