It’s pretty common that you want to recall a look, or a portion of a look, at a moment’s notice; not part of a cue stack or part of a performance – just … all of a sudden. This could mean brining up house lights during rehearsal or having various stage light looks for an impromptu event. This is an ideal job for Submasters and Faders.

Let’s craft an example together – a front of stage look for a speaker or announcements.

Let’s utilize just the front, top, and front cross lights. This will allow the front curtain to be closed, but all the lights to still be accessible. So follow these commands … 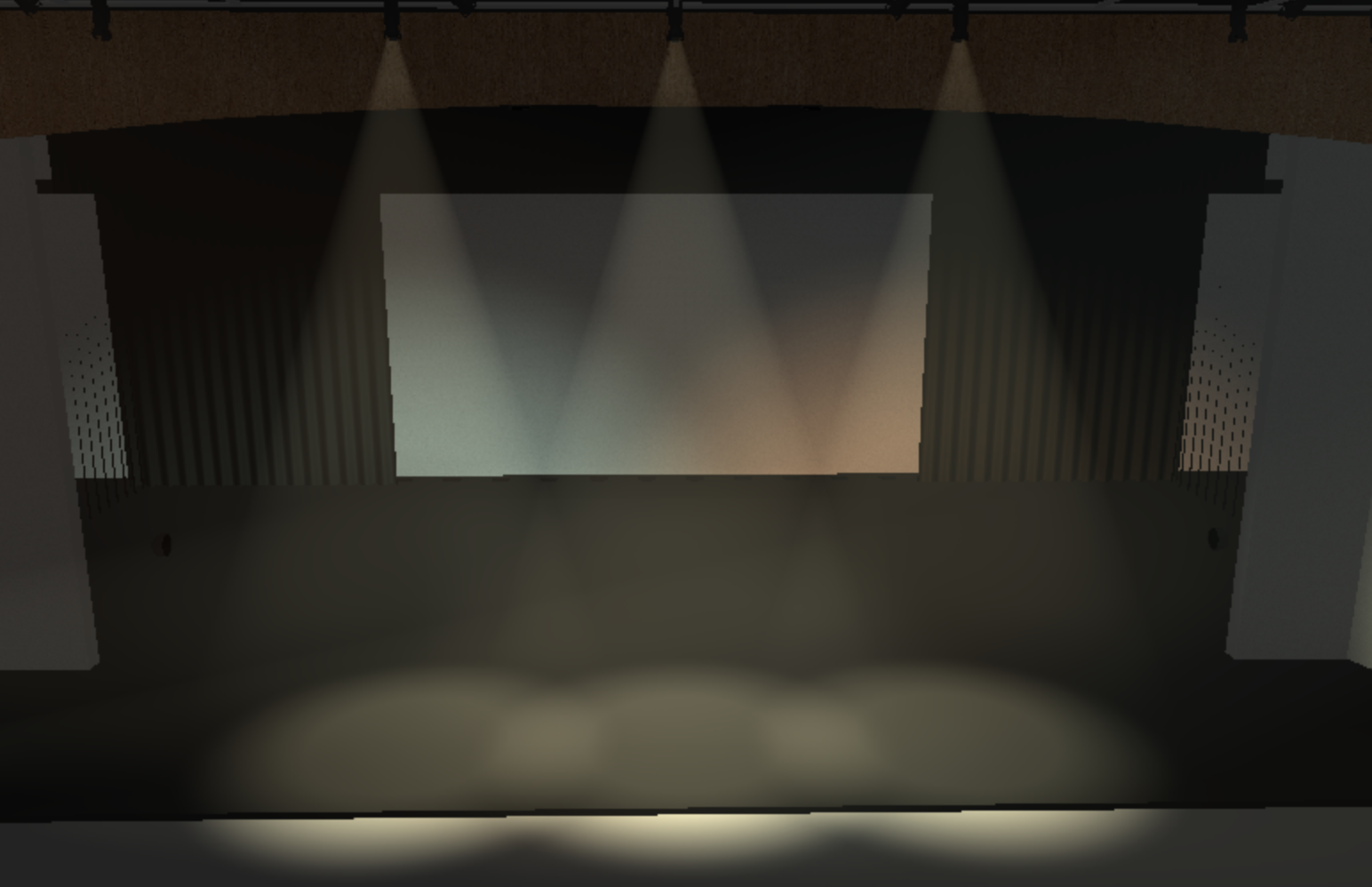 Well, it’s not the prettiest look in the world; but it certain serves its function. Let’s now record this into a Submaster – which is accomplished just like a Cue – [Record] [Sub] [1] [Enter].

I’m going to go a step further and give it a label – [Sub] [1] [Label]. This will pop up a virtual keyboard (which is great for touch screens) and allow you to give the Submaster a meaningful name, such as “Front of Stage”. Once you’ve provided the name, press [Enter].

A quick side note; if you’re doing a lot of these, you can include the Label command as part of the Record command ([Record] [Sub] [1] [Label] {Type the Label} [Enter]). Pretty slick.

You’ll notice that recording the Submaster left your channels as red, meaning they’re still captured. If you press [Sneak] [Enter] they’ll fade away. This is because the Submaster isn’t actually up. You can now access the Sub just like a channel by pressing [Sub] [@] [50] [Enter].

First, you’ll notice that the colors of the channels are a new color, Yellow – meaning the intensity of the channel is currently being controlled by a Submaster.

Second, you’ll also see that the intensities aren’t what we originally set; they’re half. This is because Submasters can be set proportionally. Full means the full look. 50% would be half. 0% would be out. So on. So forth. For this reason it’s wise to create Submasters using the maximum values you intend to use – you can always pull it back.

To take a Submaster out, that’s simple. Just type [Sub] [1] [Out] [Enter]. The Sub will the gradually fade out and release control.

This is wonderful; but if you’re rushing into the booth to turn on the house lights because you accidentally sent everyone on stage into a blackout (OH NO!) you don’t want to have to type these commands.

This is where Faders come in!

Most tactile ETC boards will have a series of faders or sliders. You can even add extra faders to your board or to your computer if you want! 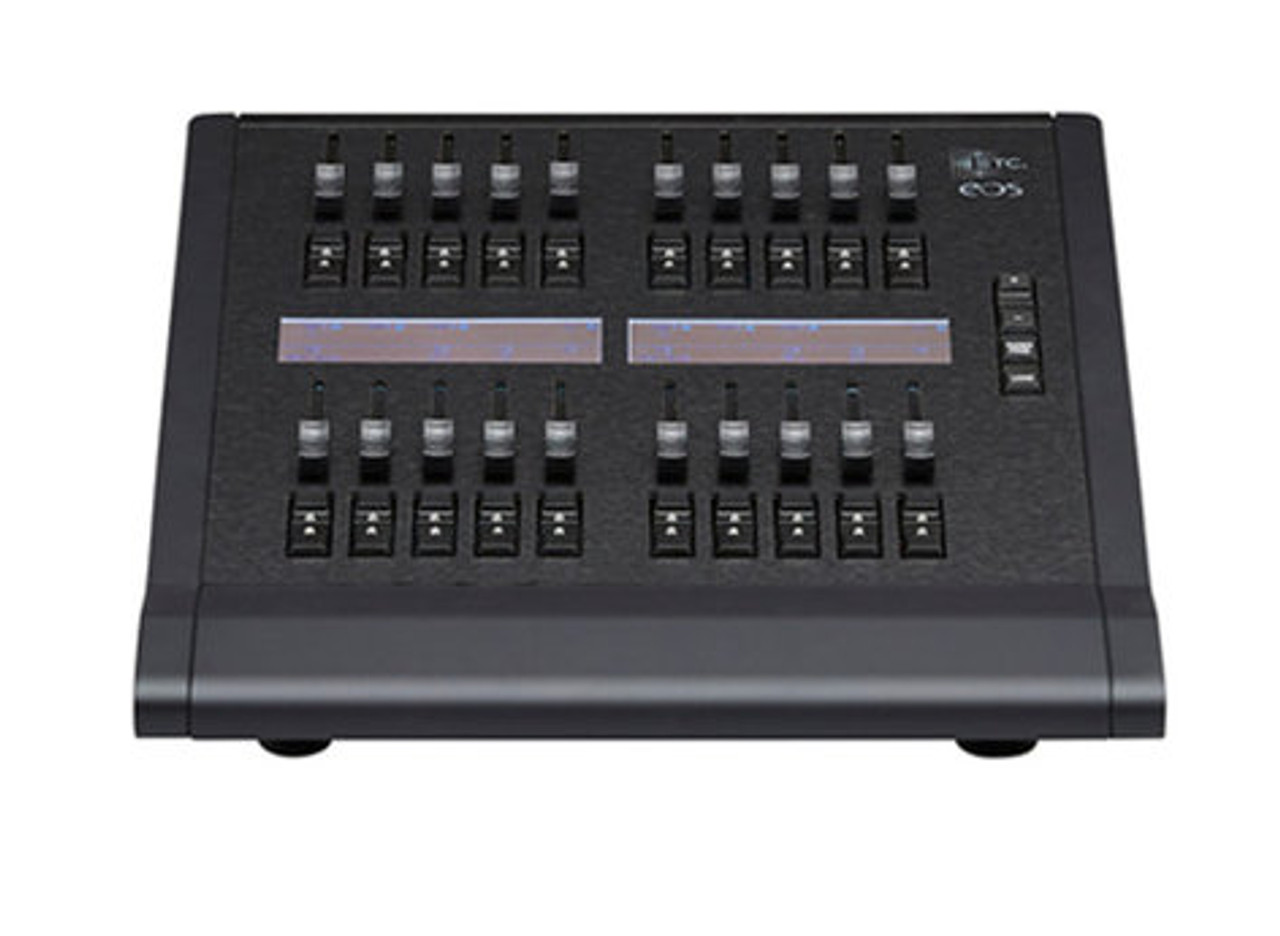 On your computer; however, you can access virtual faders to replicate the functionality. You can access this tab by adding a new tab to any panel and selecting “Faders [Tab 28]”

You’ll now see 10 faders and buttons that give you up to 99 more pages of faders (meaning you can use 990 faders). You’ll see that I already have a fader to control my house lights. Grabbing the [0%] button and dragging it up and down will turn up or down the lights (not that this fader is connected to anything).

To assign a Submaster to a fader, type [Sub] [1] and then press the [Load] button of the desired fader (you can only use faders without an assignment, designated by the gray color). Here I’ve loaded Sub 1 into Fader 10. You’ll see that the Fader adopted the label I gave the sub. And raising the fader up and down will turn on the stage lights. 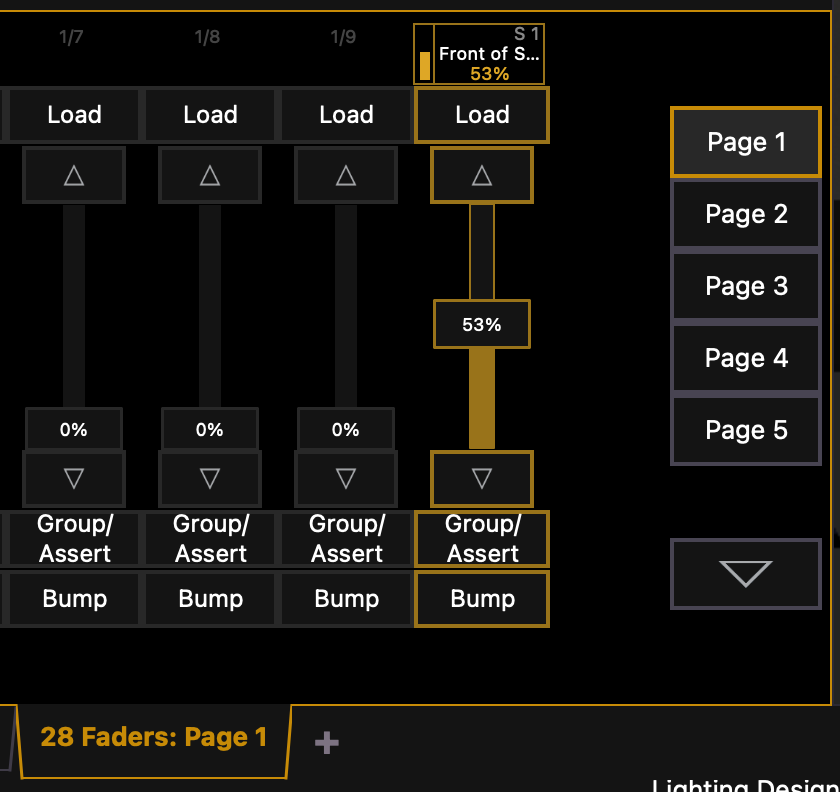 Sometimes you don’t want to have a fader assigned to a submitter any longer. To unassigned a fader; simply hold down [Shift] and press the [Load] button. So here, let’s unload the first fader, which is currently connected to Sub 400, “House”.

Well, that was easy.

A quick note. Submasters work in what’s called “Highest Takes Precedence” mode or “HTP”. This means that if two Submasters are controlling the same channel; whichever Submaster (or Cue) has the higher value will take over. This is pretty handy – so you could have a Submaster with the lights that are on dim, for safety and egress – but an intermission Cue could take over by bringing the house lights to full.