The idea of Patching is simple – a light that is hung and cabled in a way that makes sense to an electrician, doesn’t necessarily mean it makes sense to the designer. Patching then is a way for the light board to translate; “When I say this number, you use that number”.

I could think of 100 analogies; but perhaps nothing is better than the real thing. 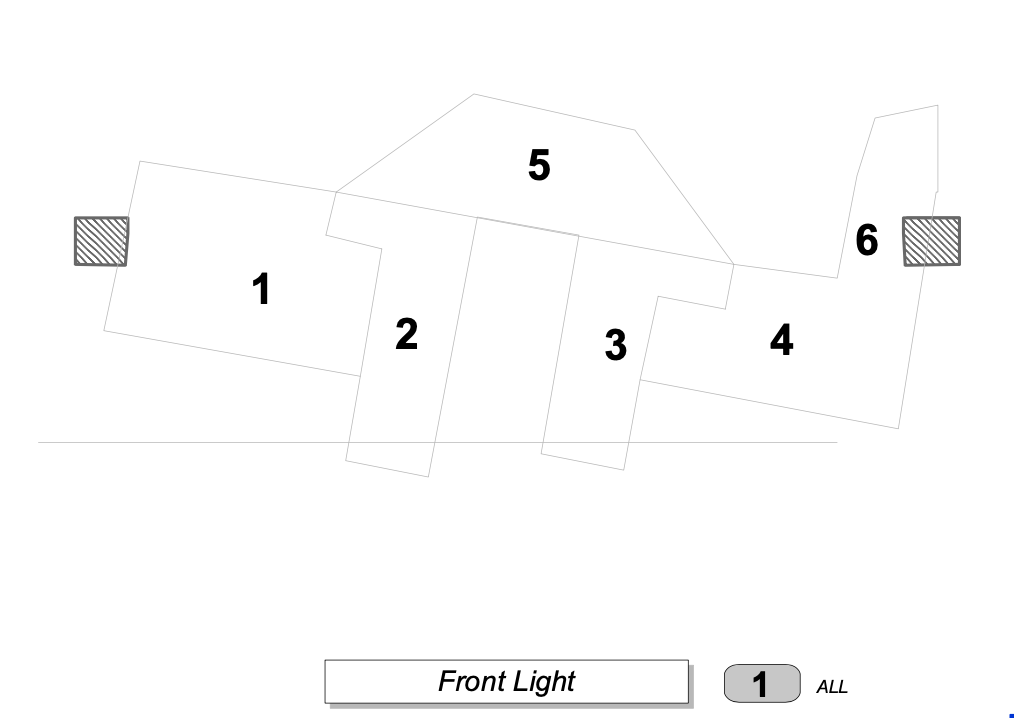 Here we have a magic sheet showing a series of front lights. As a designer I want to refer to them as Channels 1, 2, 3, 4, 5, 6 from SR to SL. But when an electrician is up in the catwalks hanging the lights and plugging them in; it might make more sense to use dimmers 4, 6, 1, 9, 14, and 22. Patching is then the process of declaring …

Often times an electrician will be given a plot or a magic sheet when hanging lights. When that person plugs the light in; they will then write down the dimmer or circuit that was used. You will then be given a piece of paper that looks something like the image below – and now you’re able to patch!

( By the way, it’s really helpful if the electrician writes their numbers in the same orientation as the printed numbers … ) 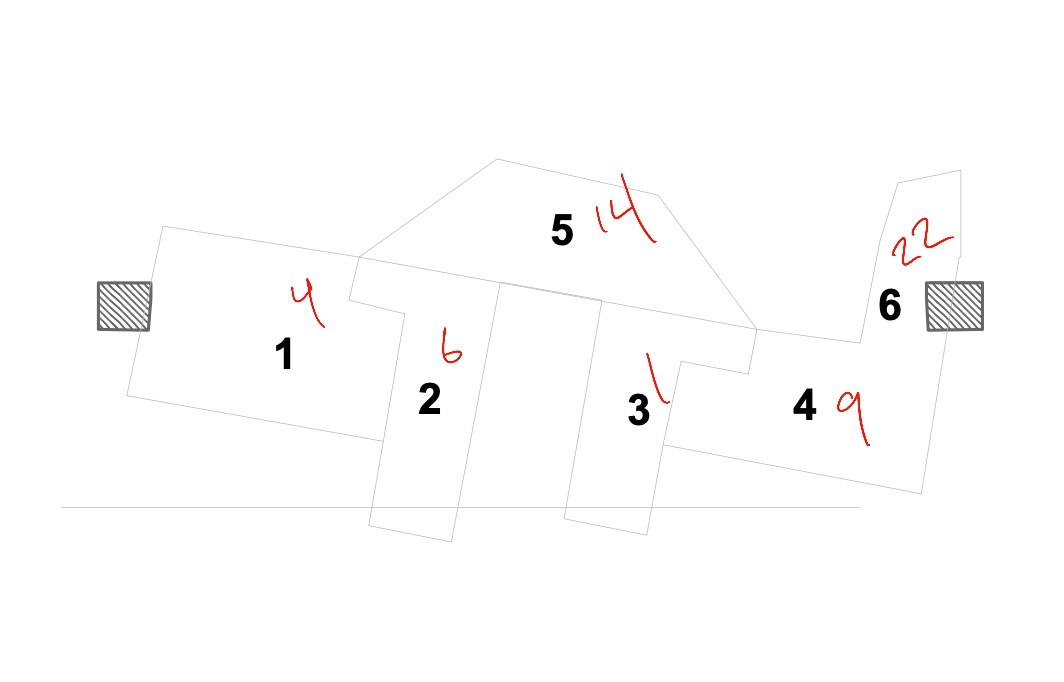 So start by opening the Patch display. This can either work by opening a new tab and selecting “Patch” or by double tapping [Address] [Address].

You’ll be brought into Blind mode and see a spreadsheet of Channels and data. Here we care about the “Address” column. This term refers to the very broad DMX identification number. Think of it like you Student ID or your Social Security Number – this is a number unique to you – and if someone else has the same number, there’s gonna be problems come tax season! For this lesson, we can use the term Address and Dimmer interchangeably. The Dimmer’s name is the Dimmer’s address – just like in Les Mis, his name is 2-4-6-0-1. 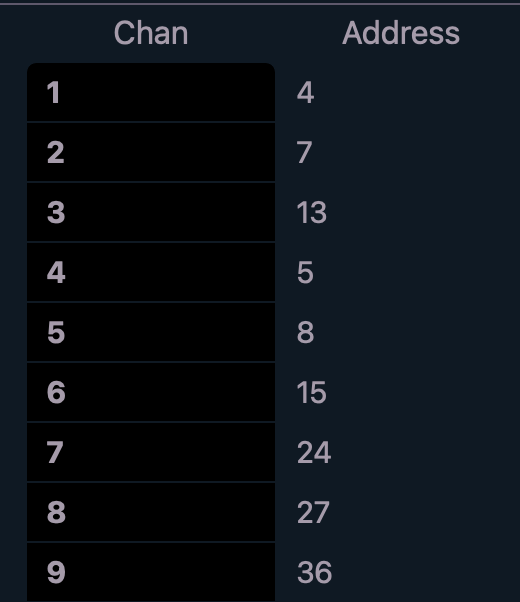 As you can see, Channels 1 through 6 are already in use. So we’re going to start by unpatching them. We can do this in bulk by typing [1] [Thru] [9] {Unpatch} [Enter] – the unpatch button can be found in the soft keys area at the bottom right.

You’ll be prompted when unpatching to confirm that you want to move forward. This is an extra warning; that removing this connection between Channel and Address will remove data in all of your cues and presets and focus pallets and subs, etc! Are you certain you mean to do this? We are. So hit [Enter].

Now that we’ve cleared those channels; let’s start with Channel 1. Patching a channel looks a lot like setting a level; but rather than giving it a percentage value, we’re using an Address. So type [1] [@] [4] [Enter]. You’ll see that the row for Channel 1 is now filled with data.

Let’s do the next channel; [2] [@] [6] [Enter]. Unlike Channel 1, this channel has an issue … that the Address is already being used by another Channel; in particular, Channel 33. This would be a moment to stop, talk to your electricians, have them double check that this was accurate. Turns out that Channel 33 is plugged into Dimmer 16, not Dimmer 6. So go ahead and press [Enter] to confirm the overwrite. Then patch [33] [@] [16] [Enter] to fix the mistake.

Alright. That’s simple enough. Now you go ahead and do the other 4 channels using the doodle above – overwriting any other issues you might come across.

Great. Now. Let’s say that you want to add another light; a special in between Channels 2 and 3. We’ll use Channel number 7. To help the electricians in their work, we might type [7] [Enter] and then can see at the bottom of the screen a “Seating Chart”. Any grayed out number is an Address that is used. Addresses with a black background are free. So we might holler up to the electricians that 2, 5, 7, and 8 are free. Looking at the pattern of Dimmers used earlier, it’s unlikely that they would want to find a Dimmer with a number higher than 9.

Looks like they hung the light right next to Dimmer 5. So go ahead and patch 5 into 7. Next press the [Label] button, or “L” on your keyboard, and give that channel a label of “Boat Special”. This can be a great way to help organize your process and help you remember what’s what.

Go ahead and do the same thing with Channels 1 through 6 – labeling them as “Front Light”. And yes, you can do them all together in one command.

And there we go! It’s that simple. Unless you’re patching 500 lights. Or if you’re patching intelligent lights rather than conventional fixtures. But that’s okay; go to the next lesson and we’ll teach you about that next.