Here’s another tool for complex timing. It can sometimes be tricky; so let’s open our minds! I’ll try to say this clearly.

Occasionally you want multiple things to happen in one cue over different times.

For example; we have the top of a scene, early morning, actor is walking on. In the first cue, coming from a blackout, we want …

We want all these elements to start at the same time, to be part of the same cue, but we want each individual idea to have its own distinct timing. This is the role of Part Cues.

I’ve created a handful of cues to help illustrate the concept; then we’ll create something together.

Go to Cue 31; a simple, dim gobo wash over the front of the stage.

In the next cue, Cue 32, we will bring up all five down lights at the front of the stage as a group of performers enter. 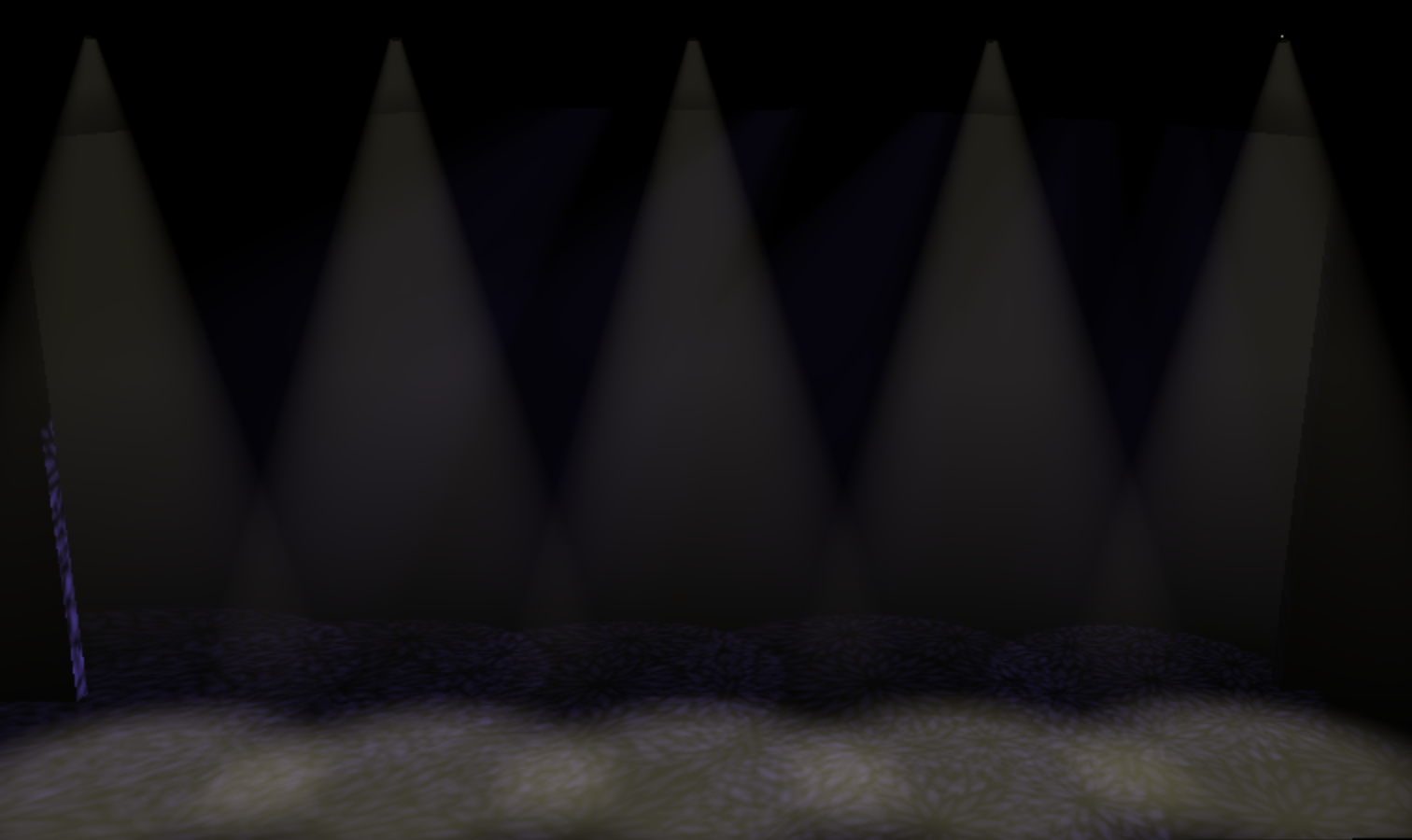 But since they are entering from stage right, we want the lights on stage left to come up slower; otherwise the quick light change on the empty stage would be distracting. So we will give each light its own part and its own timing.

Press GO to advanced to Cue 32. In Augment3d, watch the lights come up smoothly across stage. But perhaps the more interesting way to watch the cue advance is in the PSD. Notice that Cue 32 has 5 parts, each with their own time. The parts start at the same moment, but elapse separately.

Press GO to advance to Cue 33, preparing us for Cue 34, the opposite idea, taking the light out.However, there will be a lone performer, standing far stage left, who wants to stay for just a beat longer than everyone else – so we’ll leave that light on a little longer than the others. 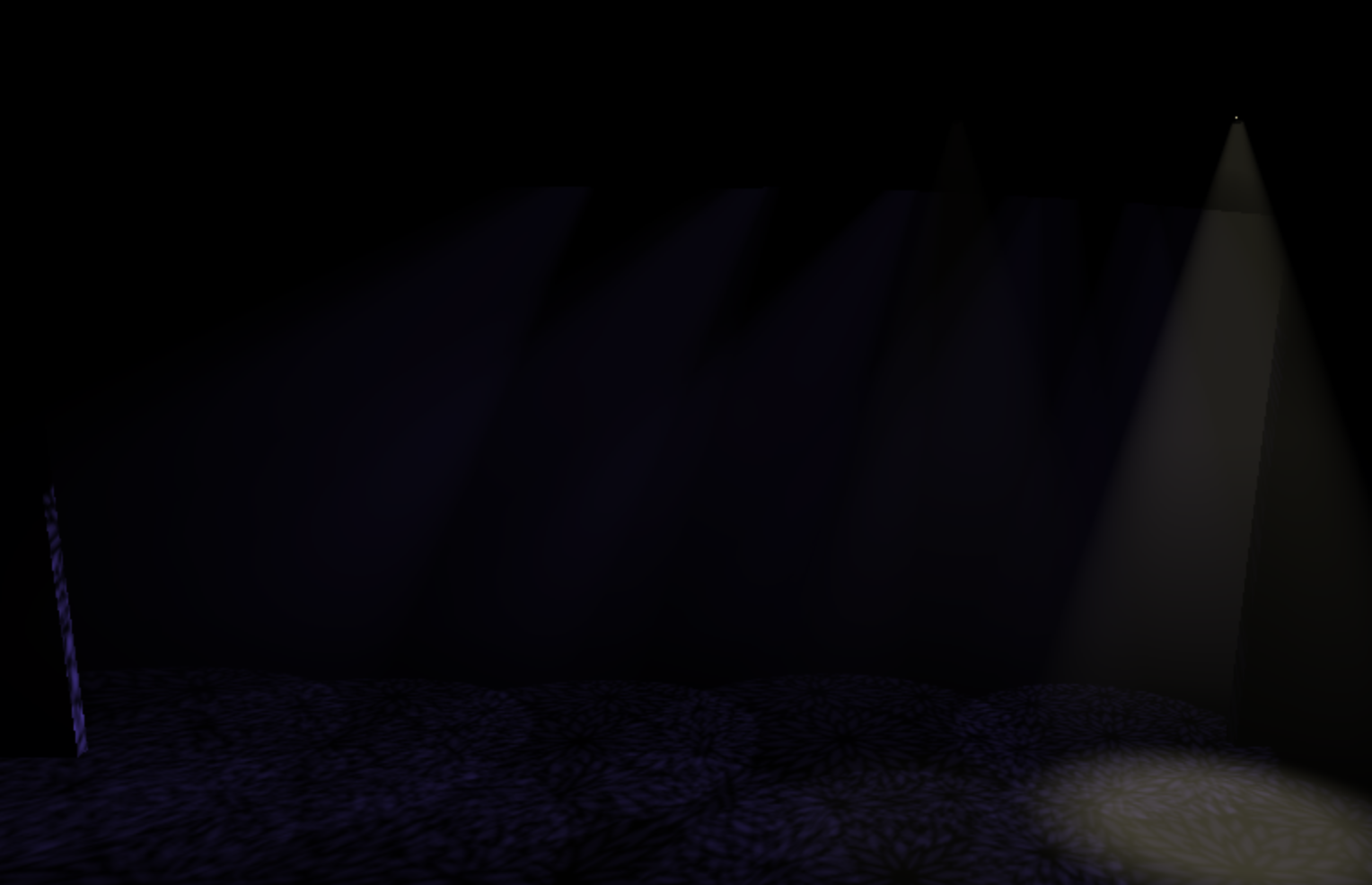 Just like before, we’ll give each light its own part. But instead of going to full, they’ll be going out / zero percent. And in order to let the last light persist a little bit longer, we’ll actually delay part 5. Press GO to advanced to Cue 34. In Augment3d, watch the lights go out smoothly across stage and the last light hang a little longer. But again, the more interesting way to watch the cue advance is in the PSD. Notice that Cue 34, part 5, count down its delay, then advance.

Crafting a Part Cue is pretty simple, as long as you decide what you want to do before starting.

I think it’s easiest to start by creating the final look; then splitting the lights into their individual parts. So I’ve already created Cue 41 and 42 for you. Cue 41 is a simple blackout. Cue 42 is the sunrise scene we discussed earlier.

Every cue, by default, has a Part 1 – the only part … So it’s helpful here to think about what we want to remove from the main part and place into different Parts.

In our look, let’s start with the sunrise lights.

To partition a portion of lights into a separate Part, we need to record those lights as the new part.

Now if you look at the PSD you’ll see a new part under Cue 42.

To specify a different time for an individual part is similar to specifying a time for an entire cue, just one slight adjustment; so let us give a time of 60 seconds by typing [Cue] [42] [Part] [2] [Time] [60] [Enter].

Alright. Try it out.

Good! That looks much better.

Your PSD should hopefully look like the image below. And hopefully you’ve noticed that the order of parts doesn’t matter in the slightest. They all start (or start a delay countdown) simultaneously, each have their own timings, and each control their own lights.

Parts are perhaps one of my very favorite tools for creating nuance and complexity in timing. They do such a great job painting individual parts of the stage to help drive the audience’s attention and emotion. But once again, the most important first step is knowing what you want.